NLIHC, its members, and other stakeholders played a critical role in the creation of the National Housing Trust Fund through the passage of the Housing and Economic Recovery Act of 2008.

In 2016, the first $174 million in HTF dollars were allocated to states. In 2017, $219 million was available, and in 2018, $267 million is available. These initial allocations are important steps, but far more resources are needed.

NLIHC leads the Housing Trust Fund Implementation and Policy Group, a coalition of national advocates committed to protecting and expanding this new resource. NLIHC works with stakeholders to build Congressional support to increase funding for the HTF through tax reform, housing finance reform, investments in infrastructure, and other legislative opportunities. Get the latest information on NHTF Implementation delivered straight to your inbox. 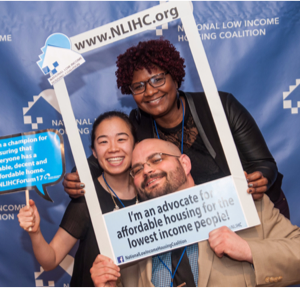