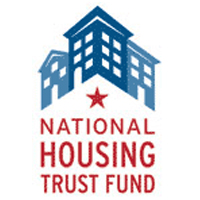 When the legislative text of the FY16 omnibus appropriations bill was released in the early hours of December 16, affordable housing and homeless advocates were elated that the bill did not raid the National Housing Trust Fund (NHTF) as did the earlier House version of the THUD spending bill. The omnibus bill passed Congress (see Memo article on the spending bill) and was signed by President Barack Obama on December 18.

In June, the House passed a THUD spending bill that would have directed all 2016 NHTF resources into the HOME Program, which had its own funding cut from $900 million in FY15 to $767 million in FY16. Republican Appropriations Committee leaders asserted that they kept HOME funding level at $900 million by counting an estimated $133 million that would be diverted from the NHTF. Advocates from around the country mounted spirited campaigns to urge their Members of Congress to protect the NHTF and to adequately fund the HOME program.

When Congress reached a two-year deal to provide relief from the sequester spending caps on October 26, the House and Senate Appropriations Committees were able to increase funding for non-defense discretionary programs, including HUD programs, by $33 billion. In the final omnibus bill, lawmakers increased funding for the HOME Program to $950 million for FY16 without stripping resources from the NHTF.

Senator Susan Collins (R-ME) and Jack Reed (D-RI), Chair and Ranking Member of the Senate THUD Appropriations Subcommittee staunchly defended the NHTF from any attempt to raid its funds from the outset. In final negotiations on the omnibus, Representative David Price (D-NC), Ranking Member of the House THUD Appropriations Subcommittee, worked closely with Subcommittee Chairman Mario Diaz-Balart (R-FL) to protect the NHTF in the final bill.

Now that threats to NHTF funding have been removed, the path has been cleared for HUD to implement the NHTF in 2016 with resources collected from a modest assessment on the annual volume of business of Fannie Mae and Freddie Mac. The NHTF will allocate the first funds to states in 2016 for the production, preservation, and operation of rental housing affordable for extremely low income households.

“We applaud Congress for not raiding the National Housing Trust Fund and for making modest increases to other key affordable housing programs,” said Sheila Crowley, NLIHC’s President and CEO, in a press release. “However, many more resources are needed to fight the monumental challenges of homelessness and the lack of decent, available and affordable housing for the lowest income people in America.”

The NHTF was created to address the current shortfall of 7.1 million affordable rental units available to extremely low income renter households in America.

The omnibus bill also contained an amendment offered by Senators Bob Corker (R-TN) and Mark Warner (D-VA) that prohibits the Department of Treasury from selling any of the Fannie Mae and Freddie Mac stock without Congressional approval. This blunts the efforts by hedge funds and some civil and consumer rights advocates to convince the Obama Administration and the Federal Housing Finance Agency to recapitalize Fannie and Freddie.

NLIHC supports the prohibition and continues to support legislative reform of the housing finance system, because it offers the best chance of substantial new funding for NHTF in the coming years. The bipartisan Johnson-Crapo bill (S. 1217) that was voted out of the Senate Banking Committee in May 2014 provided for approximately $3.5 billion for the NHTF (see Memo, 5/16/14). The Delaney-Carney-Himes bill (H.R. 1491) introduced on March 19 this year in the current Congress is estimated to provide over $4 billion for the NHTF (see Memo, 3/23/15). While the chances of housing finance reform being enacted in 2016 are slim, the prohibition of sale of Fannie and Freddie stock is considered by some to be strong impetus to take up such reform sooner than later.